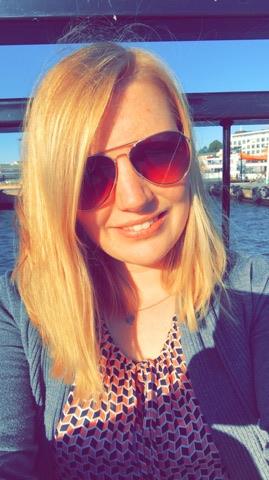 Frida studied Civil engineering at LTH between 2011-2016 and tells us about her first job after graduating and what she has taken with her from her university studies.

What have you been up to since your time here in Lund?
I still live in Lund and now work in Malmö. I started to work after a relaxing eight weeks of holiday in the summer of 2016.

What are you working with today?
I’m working at a construction consultancy company. I work as a project manager within construction projects in the southern part of Skåne.

What is your best memory from your time at Lund University?
All the lovely people I got to meet. Some of them are the closest friends I have today. We got to do so much fun stuff, both in school and during our spare time. It’s very hard to pick a specific memory.

How would you describe your first year after graduating?
It took quite a while before I realized that I had actually graduated and wasn’t going back to university. At first it felt like my new job was just a summer job. It took me at least 6 months before I got rid of that feeling. I was very lucky to get a job where they had a good plan on how to take care of new employees, specifically those coming straight from university. The first few months were very tiring. You have to put in a lot of effort to get to know your new colleagues and also your daily work. For me, even though it was tough it was easier than I thought to start working.

How has your time at Lund University influenced your career?
It has influenced my career a lot. Without my education I wouldn’t have the work I have today. Not only did I learn a lot of facts while studying but I also learnt how to collaborate with other people and how to put structure to my work.

What is the best thing with your work today?
That I feel like what I do actually matter to the outcome of a project. I can see that all my effort I put into a problem makes a difference for how the project as a whole will turn out. Another great thing is that I have the weekends free to do whatever I feel like, I don’t have to feel guilty that I don’t study if I do something fun.

What would you like to say to current students who are soon graduating and now preparing to start their career?
Don’t be to scared. Most employers know that you will be a “newbe” at your work. You simply can’t know everything as soon as you start working. You will get help to learn what you should do, and if you don’t, you should definitely ask for it. I think it is great to work and make my own money :-).