You find thousands of videos on the Lund University YouTube channel about research, events and exciting findings. The most popular videos have been around for a couple of years, but still show incredible findings and research about, for example, the mummy of a 17th century bishop, the world’s fastest camera and a walk through a house from Pompeii. 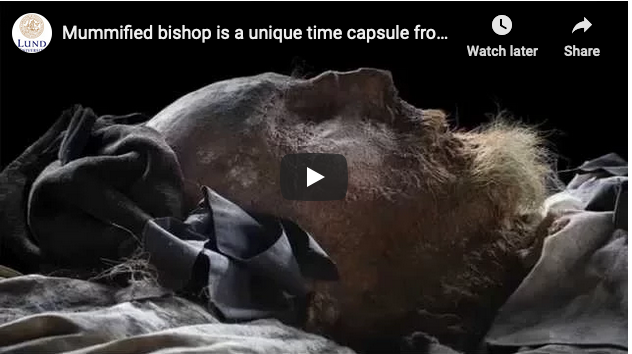 One of Europe’s most well-preserved 17th century mummies was discovered in Lund, Sweden. By examining the mummy of bishop Peder Winstrup, researchers at Lund University shed some light on the medical and historical mysteries of everyday life in the 1600s. Click on the photo to watch the video on YouTube.

2. Mummified bishop is a unique time capsule from the 17th century

The mummified remains of Peder Winstrup are one of the best-preserved human bodies from the 1600s. Preliminary investigations reveal a sensational find: the internal organs are still in place.
Click here to learn more

3. Walk around in a 3D splendid house from the ancient Pompeii

By combining traditional archaeology with 3D technology, researchers at Lund University in Sweden have managed to reconstruct a house in Pompeii to its original state before the volcano eruption of Mount Vesuvius thousands of years ago. Unique video material has now been produced, showing their creation of a 3D model of an entire block of houses.
Click on the photo to watch the video. 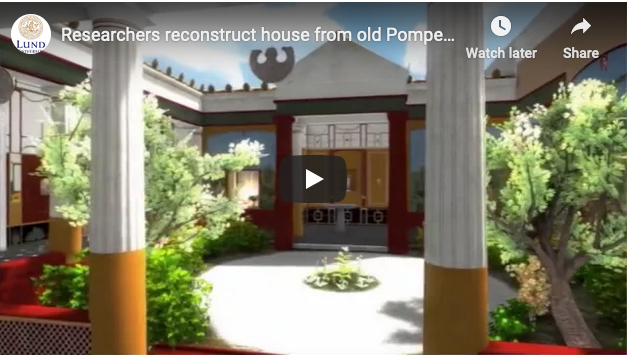 Forget high-speed cameras capturing 100 000 images per second. A research group at Lund University in Sweden has developed a camera that can film at a rate equivalent to five trillion images per second, or events as short as 0.2 trillionths of a second. This is faster than has previously been possible. Click here to watch the video on YouTube

Seven years ago divers discovered the oldest known stationary fish traps in northern Europe off the coast of southern Sweden. Since then, researchers at Lund University in Sweden have uncovered an exceptionally well-preserved Stone Age site. They now believe the location was a lagoon environment where Mesolithic humans lived during parts of the year.
Click here to watch the video on YouTube